After starting his musical studies in the CRR conservatory of music Versailles, Eudes Bernstein obtained a Master as saxophone interpreter (class of Claude Delangle) and the Certificat d’Aptitude diploma at the Conservatoire National Supérieur de Musique de Paris. After an Erasmus exchange at the Hochschule in Cologne (class of Daniel Gauthier), he teaches since 2019 at the CRD of Aulnay Sous Bois. He completed his training by obtaining a degree in musicology from the University Paris IV Sorbonne.

He is also one of the very few saxophonists to obtain the scholarship of the prestigious Fondation Banque Populaire. Passionate about chamber music, he creates the saxophone quartet Niobé with which he performs in many festivals in France and abroad (Izumi Hall in Osaka, at the Kazina Hall in Ljubjana, Vox Musica Festival.) He also collaborates with the Zahir Quartet and the Triton Quartet (Tour in China May 2019)

He is also the creator of the original Dämmerung Trio with violin and piano. They undertakes an ambitious transcriptions work of the great orchestra repertoire (Ravel’s Waltz, Stravinsky’s Petrouchka, Prelude to the Afternoon of a Fauna, Berlioz’s Fantastic Symphony), they collaborate with Lacroch’, clarinetist Paul Meyer and soprano Mariamielle Lamagat. The trio was invited to play on Radio France in the program «Générations Jeunes Interprètes de Gaëlle Le Gallic» and at the Festival International de Musique de chambre de Salon de Provence on 2020.

He performed at the Manifesto Festival with the Radio France Philharmonic Orchestra in the French premiere of Franck Bedrossian’s Twist (dir. Brad Lupman) at the Cité de la Musique and with the ensemble Intercontemporain in Luciano Berio’s Coro (dir. Mattias Pinscher) at the Philharmonie de Paris. He also performed at the prestigious Venice Biennale in the creation of “Habitat”, multimedia work in collaboration with the composer Francesco Pellegrino and the visual artist Roberto Cassano under the direction of Thierry Coduys and Andrew Quinn. On December 2019 he played in the production of Broadway’s musical “An American in Paris” at the Théâtre du Chatelet as a multi-media instrumentalist (saxophone/clarinet).

His next projects include the creation of “Long Playing” by Matteo Franceschini for saxophone and electronics, the recording of the record “Spirales” (Ravel, Webern, Grisey) in collaboration with the Paraty Label and the company JBP Films, as well as the creation of the Festival-Académie Vents Nouveaux in collaboration with the Association Terreau d’Artistes for the promotion and training of young wind ensembles. 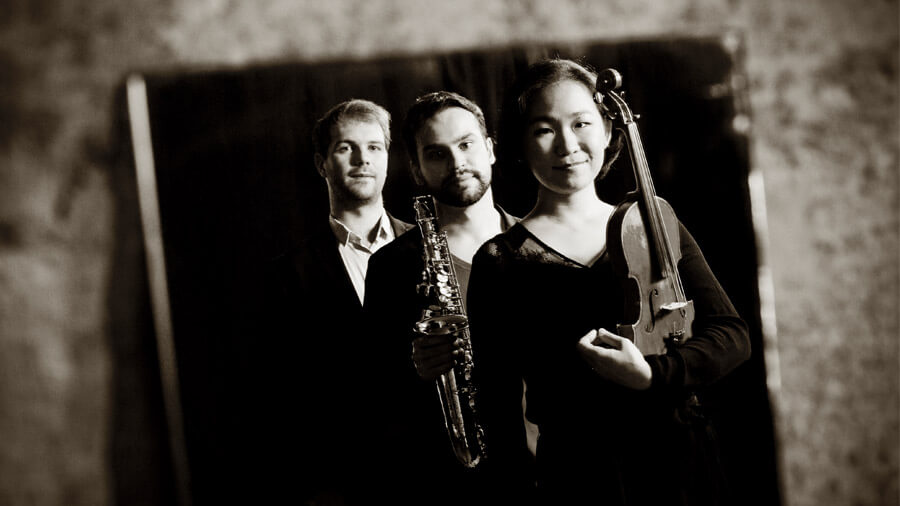 It is dazzling in the dazzling «Concertino de chambre» by Jacques Ibert, joyful, as if it were the sax of a prankster angel

An eclectic musical personality, cultivated and eager to promote the repertoire of the classical saxophone.

Musician always in search of new or forgotten repertoires, with exceptional professional perspectives.

The first highlight of the concert was the soloist Eudes Bernstein who brilliantly played the Concertino da camera by Jacques Ibert, making us feel almost in paradise!

Connect to Eudes Bernstein’s Soundcloud to listen to more tracks